Winklevoss Twins: Bitcoin Is Like a ‘Child Taking Its First Steps’ But Will One Day Win the Finance Marathon

The Winklevoss twins first found out about Bitcoin back in 2012 while kicking back in Ibiza with friends. The 6-foot-5-inch former Olympic rowers – who received a $65 million settlement from Facebook after alleging Mark Zuckerberg ripped off their idea for a social network – fell fast and hard for the nascent cryptocurrency.

They dabbled in the virtual cash and quickly became avid Bitcoin evangelists. “It was immediately obvious to us how awesome and powerful this technology was,” the 33-year-old identical twin brothers recently wrote. “People laughed, as they always do, when something is awesome, powerful and new, but that only helped to fuel our fire.” It also fueled them to put their money where their mouths are, buying up 1 percent of all existing bitcoin, or so they claim.

Now, two and a half years and several Bitcoin startup investments later, the Winklevoss Capital co-founders are closing in on launching their newest entrepreneurial tech venture, a “regulated” Bitcoin exchange for customers in the U.S. It’s aptly called “Gemini,” Latin for “twins” and also a hat tip to NASA’s Project Gemini, and is slated to go live in the coming months.

Related: Cameron Winklevoss: A ‘Sheriff’ for Bitcoin’s Wild West Is a Good Thing

The brothers announced the 14-employee (including themselves), bank-backed startup earlier this year, describing the exchange as a “fully regulated, fully compliant, New York-based bitcoin exchange for both individuals and institutions alike.” During a recent CoinDesk interview, they ambitiously dubbed Gemini the “NASDAQ or Google of Bitcoin.”

In a Business Insider article published today, Tyler Winklevoss compared Bitcoin to a “child taking its first steps” and said that “judging a child taking his first steps for not being able to run a marathon is shortsighted.”

He also admitted that, as it is now, Bitcoin is not yet poised for widespread consumer adoption. “But people have invested half of billion dollars into the space in the last 14 months because they realise [sic] the potential for Bitcoin to not only compete in that marathon, but to actually change the way it is run,“ he said.

Tyler Winklevoss also acknowledged that Bitcoin’s stride into the mainstream global finance marathon “won’t happen overnight.” With Bitcoin’s recent price plummet, the takedown of Silk Road, a wave of exchange hacks and reports that most Americans still don’t know what Bitcoin is and have no interest in using it, it’s safe to say he’s right.

Related: This Trust Is Poised to Become the First Publicly Traded Bitcoin Fund

The hope is that Gemini will boost consumer confidence in Bitcoin. To date, the exchange looks to be the pair’s most significant contribution toward the realization of Bitcoin’s promise, which they see as frictionless money “that is free of hacking, fraud and security breaches.”

A year ago this month, the Winklevii announced that they paid for Virgin Galactic tickets to space entirely in, you guessed it, bitcoin. A month before that, they launched their own Bitcoin index, similar to CoinDesk’s Bitcoin Price Index. Of course, it’s called the Winkdex. And, according to the Winkdex, as of 1:46 p.m. ET today, the price of bitcoin was $294.60.

Related: Is Bitcoin Speculative Foolery or a Financial Services Breakthrough? 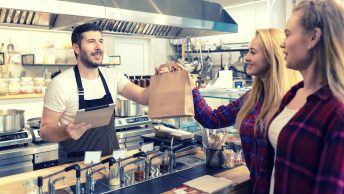