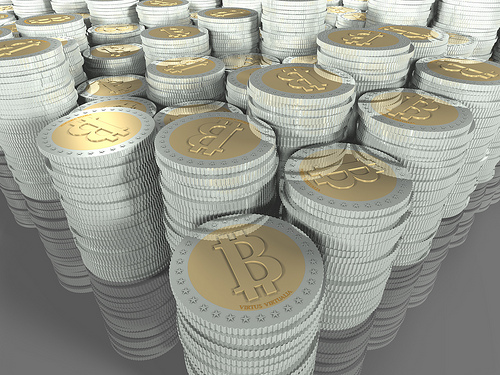 A few weeks ago, on the Talking Points podcast, Kevin Hunt and I discussed a guest post over on Mark Schaefer’s blog about the demise of blogging–or, as the author titled it, “Why the economics of blogging are diminishing.”

In the article, the author talks about how blogging worked 5-6 years ago, how it’s changed, and how he’s adapted his approach. The problem is: I think a lot of his thinking is flawed. And, it demonstrates once again the flawed thinking of a lot of individuals (not businesses, to be clear) that get into blogging. Allow me to elaborate.

In the post, the author outlines three ways blogging “used to work:”

* Make your posts all about the reader/customer.

I’m just going to stop right there. First, who said the formula for blogging success years ago was to write 3,000-word blog posts? Um, when was the last time you wrote 3,000 words? That’s a LOT of words. What’s more, that’s a lot of words to READ. Yeah, longer-form blog posts used to be more popular, but I would hardly say they were the way to blogging success.

And, who’s to say writing those longer-form posts NOW isn’t such a bad idea? I mean, I read Avinash Kaushik’s blog and his posts are about 50,000 words long (hardly exaggerating). Why? Because it’s helpful. It’s smart. I’ll take the time to read something that’s smart. What I WON’T take the time to read is another 500-word listicle on how I can increase engagement on Instagram.

Second, I’m not sure writing posts that solve problems is always effective either. When I started my business almost six years ago, I remember getting a lot of advice along the lines of “well, I guess you’ll have to focus ALL your blog content around your business now.” And, I remember laughing. Very hard. Because I had seen first-hand on this blog, and on a host of others, that simply wasn’t true. Sure, you want a few posts that get at a common problem every once in a while, but I would hardly say that was the path to success. Many times, the most popular posts I saw from PR bloggers were those where they cut open a vein and got personal. Or, those that were having just a little fun. It wasn’t always the hardcore business posts–and that’s what I’ve found on this blog, too.

Over the years, some of my most popular posts include:

* A post about creating a great out-of-office holiday message

* A post about how to create outstanding Prezi presentations

None of those really relate to what I offer as a business. And, you could say that’s a mistake. But, I say it’s a win. You see, my strategy with blogging has never been about “generating leads” or “conversions.” It’s been all about awareness. Pure and simple. I want people to know who I am, and what I do so when they DO have a need, they think of me first. And, writing posts that are entertaining, fun and interesting obviously figures into that mix.

Finally, the author’s third point: Make your posts all about the reader/customer.

While that is true on the surface, I will once again raise my hand politely and say, “Excuse me sir, I take issue with that.”

Again, making some posts that are laser-focused on your customers and readers is a good idea. No problem there.

But, to say all (or the majority of) posts should focus on the reader is a little ridiculous.

Most people that start blogs do so for one reason: To have a voice. To share an opinion. To stand on a virtual stage on the internet and say what they have to say.

That’s all about the blogger–NOT the reader.

I read Mark Schaefer’s blog religiously. Not so much because he shares posts that are focused on ME. But, because once in a while he’ll share a post that’s all about him. His experiences. His feelings. His thoughts.

That’s what I want.

And, I think that’s what readers want, too.

I can even make a business case with this one, too. As an independent consultant, part of the reason some people hire me is because they want to work with someone they know and like. It’s a familiarity thing. I’m not breaking big news here.

So, in order to do that, I need to get to know a whole bunch of people. Blogging allows me to start that process. When I write posts that are all about me and my experiences, what I’m really doing is allowing people to get to know me a bit better. So, when they have a business need, again, they think of me, AND they think “I like that guy, and I like how he thinks.”

Start because you have something to say.

Start because you love to write.

Start because you blogging is a great way to get to know people from all over the world.

But don’t start because you want to make a few nickels.

That’s a recipe for quitting in three years.

This article was syndicated from Business 2 Community: Personal Blogging in PR Ain’t Dead — Not By a Long Shot