Ron Howard is a prolific director. He’s spearheaded dozens of wildly successful movies and television shows, and he acted in two of the most iconic sitcoms of all time.

Yet, in the next few years, he may become your highest-profile competitor in brand storytelling.

A recent article in Fortune briefly mentions Howard’s ambition to move into brand storytelling, along with his long-time partner Brian Grazer. The accomplished entertainment mogul likes that brands are “wide open” in how they approach media for telling stories.

Yes, you read that right: A big-time movie producer just validated brand storytelling in an extraordinary way. He’s so compelled by its versatility that he wants to split time between marketing and Hollywood.

Details are still sketchy on Howard’s next move, but it looks like he’s actively looking for his first client. What his direct impact on content marketing and advertising will be remains to be seen.

In the meantime, think about what we can learn from this prolific storyteller that we can use to our advantage as content marketers. Below, you’ll find seven milestone projects in Ron Howard’s career, the lessons we can take from them, and practical examples of those lessons in action. 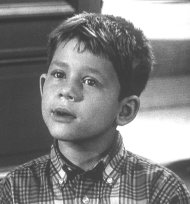 Howard’s story joined the annals of pop culture in 1960, when he debuted the character of Opie Taylor on “The Andy Griffith Show.” The iconic show caught some flack when it abandoned its classic sitcom style after it made the move from black-and-white to color.

Brand storytelling lesson: Add color to your stories (but don’t break with your roots).Successful companies withstand the test of time by presenting a consistent brand image. Drastically changing the focus of your stories is like starting from scratch. Add color to existing storylines, but make sure they reflect the bigger narrative you’ve built for your brand (remember to stick to your mission statement).

Example: Levi’s 501Levi’s tells the story of its 501 brand of jeans through pictures and text. It sticks to the narrative that made the jeans popular in the first place — an iconic, brazen look for American innovators. 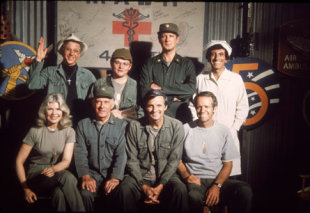 All right, so Howard didn’t play a regular character in the wildly popular, experimental series about the Korean War. But he did earn a guest spot as a young private in the first season.

Example: IKEA (U.K.)Ikea’s U.K. YouTube channel recently debuted two videos in a series the décor company calls, “Make Room for Your Life.” Each vignette focuses on real people with strong passions that add clutter to their lives and the lives of people around them. The characters overcome their clutter with the help of IKEA. Together, the stories received nearly 250,000 views in just 10 days. 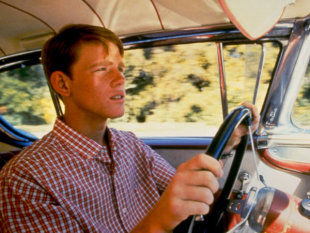 Ah, the classic coming-of-age tale. “American Graffiti” featured Howard as Steve, one of the stars of this ’60s era film. It would be his strongest role acting in a movie.

Brand storytelling lesson: Every good story comes of age.Think of the “coming of age” tale as the archetype of a story with a moral. When the protagonist of the story comes of age, he has an epiphany that clearly defines the message behind the story. As a content marketer, your brand storytelling must have a clear message, and it must communicate that message with gusto.

Example: ChevronThe oil company created a section on its Facebook page called “We Agree. Do You?“ Here, Chevron employees talk about the company’s dedication to renewable and alternative energy (as well as other social issues). The message is clear: Just because Chevron works primarily in oil doesn’t mean it isn’t invested in running a sustainable business. 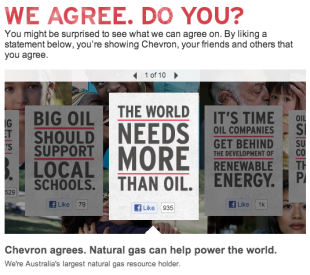 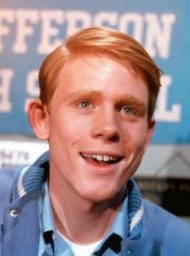 Brand storytelling lesson: Spin-offs make your story richer.In content marketing, some stories are more successful than others. Sometimes, brand stories are so successful that they can turn into a series. Some of the time, the stories you tell aren’t over; you simply continue to tell them up to the present day. Take the most successful “to be continued” stories and follow up on them.

Example: CanonRon Howard isn’t exactly new to brand storytelling. He helped Canon with Project Imagin8tion by creating a short film based on eight user-submitted photos. The project was so successful, in fact, that Canon is launching a second phase. Howard is once again attached. 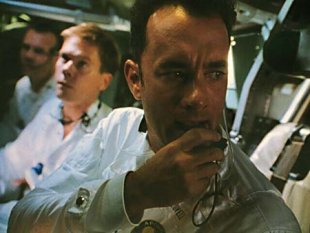 Howard stepped into the director’s chair well before “Apollo 13.” But minor hits like “Cocoon,” “Willow,” and “Backdraft” didn’t quite match the dramatic prowess of this thrilling American space story (not to mention the big bucks it drew at the box office).

Brand storytelling lesson: Embrace the drama in every story.Stories thrive on conflict. Protagonists run into obstacles on the path to accomplishing their goals. When people are forced to confront these obstacles, drama builds, hooking the audience until solutions to problems have been found. Embrace the drama to create a more compelling story experience.

Example: UPSIn the UPS video story “Keeping Cool Through a Challenging Delivery,” we get a taste of the drama in the very beginning — both the myriad of challenges and what’s at stake. Of course, the drama almost creates itself when human lives are at stake. But UPS embraces this drama in order to captivate us, even though we know the final outcome will be a positive one.

Howard’s dual role of executive producer and narrator is part of the charm that turned TV’s “Arrested Development” into one of the most beloved cult classics of all time. Dismal audience turnouts on network television, followed by great DVD sales, led to the show’s imminent revival, this time through Netflix Instant.

Brand storytelling lesson: Explore new mediums to find your brand’s sweet spot.Are you testing your content on different media? Brand storytelling requires an approach that uses each of the channels in your arsenal to tell your stories. If a channel doesn’t seem to be working, content marketers must experiment with other mediums for storytelling. As Gob might say, “It’s called ‘taking advantage.’ It’s what you do to get ahead in life.”

Example: IntelIntel’s Discovered tells the stories of rising stars and how they got their big breaks. Stories are told through videos, pictures, articles, and games, creating a truly varied experience that tests the waters of engagement from various angles. 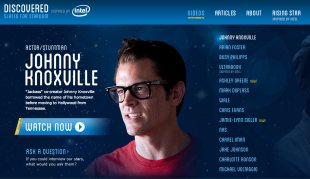 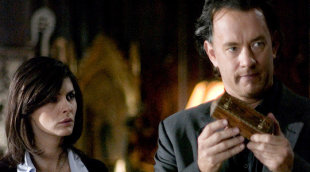 A mystery thriller based on the best-selling book, “The Da Vinci Code” was a high-profile blockbuster for Howard, already a veteran director by this time. It weaves a complex story that keeps the audience on the edge of its seat throughout.

Brand storytelling lesson: Complex stories are best drawn out slowly.Never shy away from a complex story; these are often the most rewarding because they require a larger investment from the audience. But just because a story is complex doesn’t mean you’ll lose your audience. Instead of trying to squeeze a complex story into a small space, draw it out over time in compelling serials.

Example: BPBP was recently faced with a PR nightmare the likes of which many companies can’t even imagine. Like it or not, making amends for the Gulf of Mexico disaster has become an integral part of the company’s brand story. Across every marketing and advertising asset it owns, BP is contributing to the ongoing reconstruction narrative — and is doing it well using short, positive vignettes that build the bigger story. 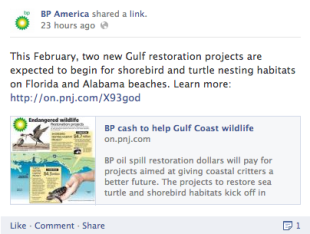 If you had the budget, which director would you get to help you with your brand storytelling? Share your choices with us in the comments.