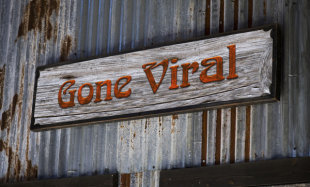 Social media has provided marketers with some powerful new tools. They are global, potentially viral and free.

Businesses will often have entire teams dedicated to communicating with followers, and will spend a significant chunk of their budget acquiring new leads from the Internet.

From blogging to pay-per-click advertising, there are plenty of ways to establish a web presence. Most businesses will use multiple techniques in order to maximize results; however, as the years go by a new form of marketing has emerged; viral marketing.

We’ve all heard the term, “it went viral” when referring to heavily viewed YouTube videos, comedic memes and social media games. Businesses are now using this free technique to promote their products and services.

We have compiled 5 examples of social media marketing campaigns that went viral to prove just how powerful it can be. 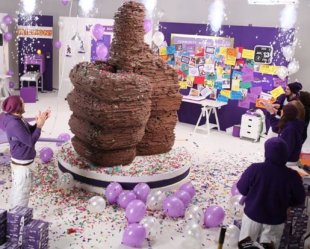 When Cadbury’s wanted to boost their Facebook likes they decided to construct a giant Facebook thumb out of their own signature Dairy Milk bars. The idea started as a thank you gesture to fans for helping them reach one million likes, but quickly went viral and led to another 40,000 followers within a short space of time. They even decided to stream a live real-time video to document the making of the thumb, which was watched by over 350,000 fans throughout the world.

Nothing draws the eye more than a mouth watering image; however, giant chocolate bars are certainly nothing new. Chocolate and Facebook are universally loved and by incorporating the thumb, Cadbury’s have cleverly managed to create an image that’s contemporary, unique and instantly recognizable.

Non-profit organization WATERisLIFE created a controversial social media campaign that was inspired by humorous memes. The company – who are dedicated to bringing clean water to the third world – produced a documentary complied of clips of the underprivileged alongside captions of common complaints from the privileged. Such examples include:

The video was a huge success and managed to amass over one million views within the first day. The ending caption, “First world problems… aren’t problems” significantly boosted interest in their Twitter feed as followers made their own captions and posted them on social networks along with the hashtag, ‘#firstworldproblems.’

During the build-up to Christmas 2013, Wilkinson Sword released a hostage video featuring three elves who are arguing about whether or not they should shave off Santa’s beard.

The video was promoted via the brand’s YouTube, Facebook and Twitter pages and received widespread attention throughout the UK. What’s genius about this social media campaign is that it was designed to get followers involved. The video was left on a cliff-hanger with the phrase, “CLICK TO #SAVESANTA” at the end.

Voters are now eagerly anticipating the follow-up video this year which will determine the fate of our truly beloved Saint Nicolas.

Aside from establishing a marketing campaign that gets the fans involved, Wilkinson Sword have created an on-going series which will bring voters back each year and remind them of their famous razors – which just so happen to be the perfect stocking filler.

When Heinz launched their new Five Beanz product, they created a quiz on their Facebook page named, “Which bean are you?” Fans used this quiz to determine which bean they were based on questions about their personality.

In addition, Heinz gave participants who shared the quiz ten times on their Facebook page a goodie bag.

The facts and the results: 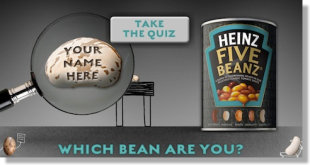 Everyone likes a personality quiz. They’re a great way to get fans actively involved with a marketing campaign without using too much obvious promotion. Television shows and film production companies have been using this promotional method for years; but until Heinz, the food industry hadn’t utilized it. Since the success of the Heinz’s quiz many other food companies have gone on to use the same marketing method with huge success.

Urban Hilton Weiner weren’t a particularly big name before their ‘pay with a selfie’ campaign, but now they’re one of the most talked about brands in fashion.

Their marketing campaign awarded those who posted a selfie wearing their clothes, along with the hashtag #urbanselfie, a $10 coupon. 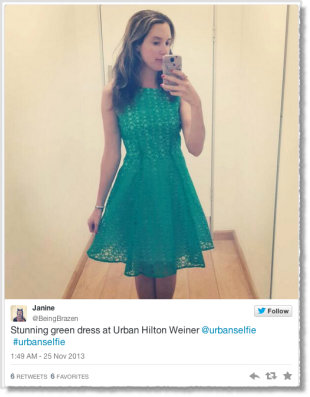 This ingenious marketing technique accomplishes everything that any retailer would want from a social media campaign – it exposes people to specific items of clothing, encourages social sharing, and most importantly, gets people in stores and buying clothes they wouldn’t have otherwise purchased.

While the $10 coupon may seem excessive and put many companies off taking such a bold move, it’s a small price to pay for such widespread and effective exposure.

The power of social media marketing cannot be denied. Real-time marketing has become the “it” thing in advertising and nowadays all one has to do is login to a social network and within seconds they will be exposed to some form of advert; no matter how discreet it may look.

Internet marketers are now placing an increasing amount of emphasis on building communities via social networks and are integrating each platform to deliver a constant stream of exposure. In fact, acquiring a ‘Like’ on Facebook or new follower on Twitter is held in higher regard than unique website traffic. However, what’s most appealing about social media is that unlike other forms of online marketing – such as PPC and SEO – it’s completely free. 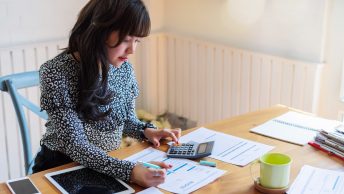