3 Marketers Tell Us How They Plan to Leverage Facebook Hashtags 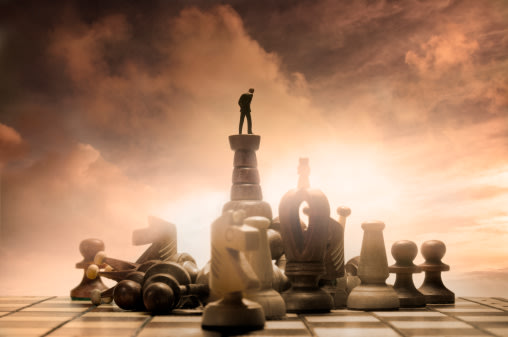 Last week, Facebook made waves with its announcement that the network would roll out support for clickable hashtags. This is welcome news to many brands, especially those that have been successful with hashtag campaigns on Twitter, Instagram, and other social sites.

Using hashtags on Facebook won’t just be a matter of copying your strategy from other networks. Marketers won’t be able to purchase hashtags for their advertising use, and the privacy limitations of status updates creates an unusual framework for companies to work within. We spoke with three experts for an inside look at how they plan to navigate this new tool.

Bizzy Coy is the creative supervisor of content at Situation Interactive, an agency that represents live entertainment brands from Broadway shows to the Guggenheim museum. Syed Balkhi, president of holding company Awesome Motive, told us about his marketing plans for WPBeginner, an educational site about blogging platform WordPress. Casey Smith of Bibo International discussed the hashtag strategy for promoting the company’s Soul Premium Cachaça liquor brand. Here’s what they had to say about the strategic use of Facebook hashtags.

One of the first considerations in planning your use of Facebook’s hashtags is how they will coexist with your hashtags on other social networks. Coy said that Situation Interactive will use some of its existing hashtags from other networks on Facebook on behalf of its clients. Balkhi and Smith said that the Facebook hashtag strategies for their companies also would not diverge too far from their approaches on other networks.

Balkhi said that for WPBeginner, the main distinction was that Twitter would probably remain the network of choice for posting hashtags from events and conferences. “In those cases, we are using conference-specific hashtags because most attendees are also using Twitter throughout the conference,” he said. “Facebook and Google+ are still too new for that.” Paying attention to where your target audience is talking will likely be essential for knowing what hashtags to use where, especially as they become common across more and more networks.

For both the Facebook-specific hashtags and the ones that you use across platforms, making smart choices can make the difference between a successful campaign and a flop. Our experts shared how they make these important decisions.

“In addition to our existing hashtags, we’ll be looking for keywords within our Facebook posts that can be used as hashtags,” Coy said. “For example, hashtagging the word ‘Broadway’ in a post may help us reach a new audience that is generally interested in Broadway but has not yet searched for our client’s show name.”

Smith said that the hashtags for Soul Premium Cachaça would take a similar approach. “We will always use #cachaca, #brazil, and #soulcachaca, but in order to attract clients who are unaware of the category, we use #liquor, #spirits, #party, #cocktails, etc.,” she said. “If we use hashtags that are associated with liquor or the act of drinking, then it allows more people to discover our product and the category of cachaça itself.”

Hashtags are a great way to build community around important social media topics. They offer a way to centralize conversations and keep your fans connected. But are Facebook’s hashtags best suited for reaching out to new fans or cementing your relationships with old ones?

“Our entire goal for using hashtags is to reach out to new followers,” Balkhi said. “Our users are loyal and they find us regularly. However, there are a lot of others who often search popular hashtags.”

The use of these broad topic hashtags is intended to reach out to new fans, according to Coy. “Using brand-specific hashtags will keep our existing fans engaged and provide them a tool to help spread the word,” she said.

Soul Premium plans to take a similar approach. Smith said the brand would use hashtags to show new products to its existing fans.

Coy also commented on ways to reach the correct audience even when fans may be using hashtags on privacy-protected statuses. “Facebook’s customizable privacy settings mean that public brand Pages will have a natural advantage over privacy-restricted individuals when it comes to hashtag reach,” she said. “But will we be reaching the right people? Encouraging our fan base to use and share hashtags will be vital if we want to spread our brand message to like-minded people. Creating outstanding shareable content is key.”

“Interestingly, Facebook’s implementation of hashtags now makes it more important than ever to use hashtags on Twitter and Instagram, too,” Coy said. “Fans who cross-publish their tweets and Instagram photos to Facebook are incredibly valuable. When a cross-publisher shares our clients’ content, their Facebook friends will be able to interact with our hashtags.”

Balkhi recommended that brands seek out popular hashtags in their industries and use those rather than creating unique ones. Especially since Facebook will not allow hashtags to be purchased by marketers, this is a useful approach that links your brand with the most recently trending topics.

Smith’s suggestions were similar. “The best advice we can give regarding hashtags is to keep them relevant to your product, but in a broad aspect,” Smith said. “Nothing too specific because the amount of people searching for it will be less.” Walking the line between brand-specific tags and more general industry topics will ensure that you reach the right target audience.

Coy’s advice to other companies is to make considered choices in how to use hashtags. “Does the hashtag add to, or detract from the content?,” she asked. An organic approach to hashtags would spark the best reaction among fans. “Don’t use hashtags just because they’re there — use them in ways that will engage existing fans and reach new followers,” Coy said. “Overloading your posts with hashtags will disengage your fans, but eschewing them entirely could result in missed opportunities.”

However your brand decides to use Facebook’s hashtags, those relationships with your followers should be the at the forefront of your strategy. Think about what will be most useful, informative, and fun for them in their social connection with your company, and this new tool will likely be a success.

This article originally appeared on Sprout Social's Sprout Insights and was written by Anna Washenko. Sprout Insights is an online resource for business leaders and professionals looking to learn about reaching audiences and customers with new social media, mobile, and web technology tools, applications, and services.