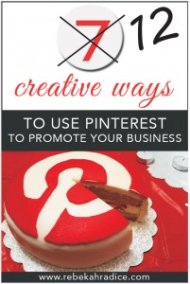 If you said Pinterest, you’ve been doing your homework! (Or perhaps guessed it from the title of this post.)

Pinterest still isn’t the right social network for everyone. It’s a virtually essential channel for consumer brands, particularly those in fashion, food, interior design, crafts, and travel. But it’s value is significantly less for industrial products, tech, finance, or trucks, for example.

But it’s popularity—particularly among women (most sources put membership in the range of 87%-93% female) with money (the average Pinterest user has a household income of over $100,000 per year)—and its ability to drive revenue (47% of online shoppers in the U.S. have made a purchase based on a Pinterest recommendation) make it an imperative platform for brands targeting it demographic to get right.

So, if Pinterest makes sense for your brand, product or blog, how can you use the platform most effectively to drive more traffic to your site? Foster engagement? Generate leads and sales?

Find the answers to those questions and many more here in a dozen of the best Pinterest marketing guides of the past year.

Rebekah Radice details “7 ways to use Pinterest to cross-promote your business and support your additional online and social media marketing efforts,” among them offering coupons, promoting contests or sweepstakes, and showcasing videos: create “specialty Pinterest boards designed to provide an easy way to categorize and sort your videos so clients can easily locate what they are looking for.”

Albert Costill presents more than four dozen points to “convince you of the power of Pinterest” for marketing. For example:

Heidi Cohen shares three key facts about Pinterest (such as that it dominates tablets; Pinterest “gets almost half of the shares on iPads, almost 3x the rate of Facebook and Twitter”) and three Pinterest marketing tips, like focusing on the topics that drive Twitter engagement (“it helps to at least tangentially concentrate on core topics such as DIY, clothes, interior design and food”).

26 Very Pinteresting Stats You Need to Know [Infographic] by Google+

Rebekah Radice (again) showcases an infographic that illustrates more than two dozen Pinterest facts and stats, such as that Pinterest now hosts more than half a million business accounts; visitors spend. on average, more than 14 minutes per session; the typical user spends 98 minutes on the site each month; and than nine million users have connected their Pinterest accounts to their Facebook pages.

Contending that “Pinterest…offer(s) a huge opportunity for most (industries, with) more than 70 million users and a growing international population. Plus, Pinterest users spend the most money of users on popular social networks — nearly double the amount of money spent from Facebook users and triple the amount from Twitter users,” Ginny Soskey proceeds to explain what types of leads can be generated on Pinterest, followed by eight steps for generating those kinds of leads.

Lisa Buben makes the case that “Pinterest pins really last longer than any other social share,” in some cases, in some cases, still driving blog traffic a month after posting. Compare that to the longevity of StumbleUpon (up to 17 days—but with a high bounce rate), Facebook (three hours) or Twitter (18 minutes, on average) updates.

8 Pinterest Tips and Tricks: A Cheat Sheet for Newbies by SteamFeed

Rebekah Radice (yet again) offers eight “Pinterest tips and tricks to help you make the most out of this visual marketing tool,” starting with “learn the language,” followed by definitions for terms like board, pin, repin, comments and likes, and the Pin it button (“this can be added to your browser allowing you to easily pin anything you want to share”).

The Most Powerful Branding Tool You’re Not Using: Pinterest by digitaria

Charles Crawford makes an interesting case for guys to use Pinterest, even though, as the post below notes, its users are 87% female. He suggests several ways brands can (more productively, in most cases) use Pinterest, including having a vision (“Your boards should reflect a consistent, unique visual identity”) and posting content from outside of Pinterest (“The site tends to become an echo chamber, with most users finding everything on their boards from other boards. Be a source of fresh content to those people”).

Noting that “Pinterest is the fastest growing social network EVER and drives more traffic to sites than LinkedIn, Google+, and YouTube combined,” Elizabeth Maness shares an infographic filled with Pinterest stats and facts, such as that 80% of pins are “repins” of previously submitted content; 55% of members are between the ages of 25 and 44; and that crafts, gifts and hobbies are the top interests.

Brynna Baldauf provides a handful of helpful tips to “find links and build relationships using Pinterest,” among them identifying which users have blogs: while “There is no magic search operator for finding only pinners with blogs, unfortunately, she notes, “If you look at a user’s profile, you may see a URL to the immediate right of his or her picture. This is a website that they have chosen to link to and it is usually a personal blog or website.”

Writing that “Pinterest can…have a substantial effect on driving traffic to a website, raising brand awareness, and an eventual increase in sales,” Rebekah Radice (notice a pattern here?) outlines half a dozen ways it can also be used to boost search results, such as using keywords to your advantage: “Using keywords will increase your standings within a specific search and just like other search engines, the higher up you appear, the more likely you are to be found.” 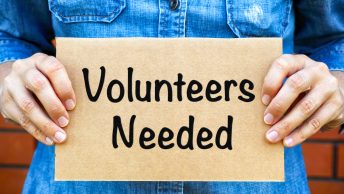 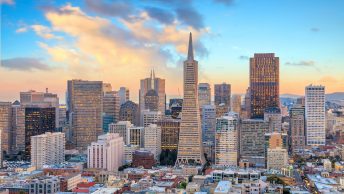