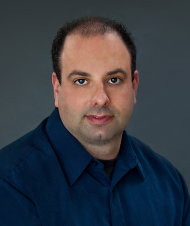 David DiSalvoI grew up in an extended family of folks who for the most part didn’t attend college. Many of them were working full time before they left high school, and a few (like my father) went to night school after they’d already been working for a long time.  From an early age my perspective was steeped in wisdom from those who never went to college, but managed to live fulfilling lives just the same.  Here are ten things they and others I’ve encountered along the way have taught me.

1.  You can learn something useful from anyone.

Whenever we find ourselves ignoring someone because we’ve already determined that they aren’t “smart” enough to say something meaningful, we’ve made a big mistake. Besides being presumptuous and arrogant, this mindset blocks out every useful thing the other person might pass along. Instead of just listening and mining the conversation for nuggets of wisdom, we allow our pre-existing bias to brand everything as  “not smart enough for me." Incredibly bad idea. I’ve yet to meet someone who couldn’t teach me something.

2. If quality slips, it really doesn’t matter how good your ideas were.

This one I learned from a couple of my uncles who worked as quality control specialists on assembly lines. The most ingenious design plans, no matter how many brains contributed to them, can fatally falter in the execution phase if quality slips.  This is equally true for intangible plans.  Imparting greatness requires a continuum of effort and attention, not just an initial brain-fueled flurry to get exemplary ideas on paper.

3. Don’t ever let a bully intimidate you – not even once.

Now, some might say this one is too dogmatic because it’s possible to allow a bully to intimidate you in the short term so you can get the upper hand in the long term. But the best advice I ever received about this came from a retired truck driver who said, paraphrasing, “When you let a bully intimidate you, the bully doesn’t necessarily win, but you definitely lose.” What he meant was, you lose upstairs where the loss takes a progressively worse toll on your psyche. Yes you can recover from that, but it’s going to take a lot more effort to bring your self-esteem up to par again than if you’d stood your ground to begin with. Reasonable people can differ on this, of course, but I think it’s sound advice.

4. Reciprocity is the name of the relationship game and always will be.

If you can’t find it in yourself to return a favor, or give back more than you got when someone helped you out of a bind, then you are relationship handicapped. While this may seem like basic intuitive logic (and it is), it’s amazing how often it’s ignored.  While relationships shouldn’t be tit for tat arrangements, the underlying willingness to reciprocate—even if it’s really hard to do—must be there for the relationship to grow and flourish. None of us are one-way streets.

5. Learning is good; Doing is better.

Well, ok, this one is a little bit on the nose.  Learning is more than good – it’s essential. Learning is the elixir that makes the human brain the most powerful organic decision-making and problem-solving tool on the planet.  The main point here (passed on to me by a former co-worker) is that there’s a certain magic in doing that many people simply miss out on. You can learn a lot about car engines, but until you get under the hood and work on one, you can’t see just how remarkable an invention these machines we take for granted truly are.  That’s one example of thousands, but the same principle applies.