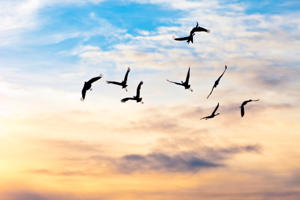 The media quantifies success on Twitter for public figures by the number of followers they have. Brands pay celebrities for endorsements on Twitter so they can promote a message to a celebrity’s followers. Kim Kardashian, for example, could earn $10,000 for a single Tweet to her network of 17.5 million followers. The volume of her Twitter following has an undoubtedly positive impact on her income.

But how much can we trust the number of followers a public figure has? Ever since news broke that a sharp increase in Presidential candidate Mitt Romney’s Twitter following came from fake accounts, it’s become public knowledge that many celebrities have fake followers. Kim Kardashian is one of those celebrities. According to our research, only 43% of her followers are active and authentic Twitter users. So that $10,000 Tweet only gets seen by about 7.5 million of her followers. To determine the authenticity of accounts, we used Status People's Fakers Application. The application scans through a sample of a users' followers (the size of the sampling depends on the size of the following) and runs spam filters against the followers to flag users that have few to no followers, few to no tweets, and a comparatively large following.

The source of fake followers

From where do all these fake followers come? For example, as a way to publicize her edgy and funny young adult novel (in which Twitter plays a significant role), ‘Taming of the Drew,’ author Jan Gurley built accounts for the major characters and let a prequel to the book play out over Twitter over several days. One of the characters chooses to look popular by adding fake followers. How hard was it? Jan Gurley said it cost $5 and took a couple of hours to add 10,000 followers. There are fake follower vendors, such as ineedmorefollowers.com, which make it very easy for anyone to buy a following on a number of social media networks. So buying is one source.

It’s a dirty business, but it is becoming more common knowledge that it’s out there. And while we weren’t remotely shocked to learn that pop stars and politicians are affected the most by the fake follower phenomenon, we wondered if it affects other public figures as significantly.

Lo and behold, it does.

But before we divulge the culprits, let’s go over what counts as a fake follower on Twitter. 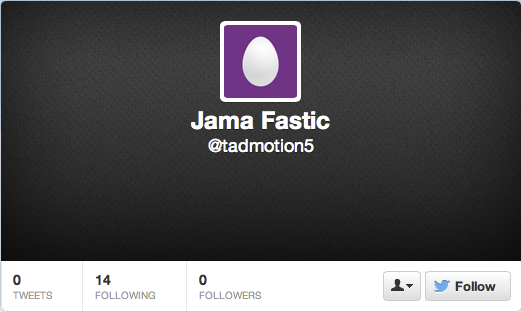 Jama Fastic is a fake Twitter follower. This account contributes no content, engages with no one, and can’t be identified as a real human being or company in any way. You can also tell that Jama Fastic is a fake account when you look at some of the 51 accounts Jama follows:

Every single follower is a celebrity. Why would someone create an account and follow these particular 51 individuals? What do they have in common?

This is the type of account we classify as a fake follower. It also reveals another source of fake followers – some high profile accounts just get followed as a way to automatically make a fake follower account seem real – they weren't bought but they are still fake.

Because Twitter has yet to work out how and when to eliminate spammers and inactive users, most people are going to have a few fake followers. For example, our CEO, Darian Shirazi, has never bought followers for his Twitter account, @darian314. Yet 4% of his followers are fake, and 18% are inactive. Somehow only

78% of his followers are authentic. These stats suggest that Twitter’s not perfect. Because of this, we didn’t include anyone on the list unless their count of good followers (followers who are neither fake nor inactive) totaled less than 50%. We have no evidence to prove that they’re buying followers, but if they’re not, then we also have no explanation for why less than 50% of their followers are legitimate.

All of Twitter’s biggest stakeholders have fake followers ­– a fact that, by some measures, boosts their social standing on their own site. Even the President of the United States has fake followers that enhance his digital brand. We also searched the credibility of a number of other influential CEOs, and they all had fake followers.

For a point of reference, here are a few CEOs that appear to have fake followers, but that didn’t make the list because their authentic Twitter followers outnumber their fake ones:

And something else that stands out? All the individuals on the list have extremely high Klout scores. In case you’re not familiar with Klout, it’s an application that measures your social media influence. It almost seems that the higher your Klout, the more fake followers you have. Or is it the other way around?

Jason Weaver, CEO of Shoutlet, has publicly spoken out about the ethical and other issues of buying a following. His fake count comes in at a clean 1% – lower than that of anyone else we checked. He’s likely employing tactics to prevent fake followers from tainting his following (such as manually blocking any bots or spam accounts that follow him), but he only has 1,278 followers. If you’re Jack Dorsey, who has over half a million fake followers, you could potentially waste a lot of time weeding out the fakes. Between running Square, Inc. and sitting on the board of Twitter, I doubt he has much time to go through his Twitter followers and remove all the fake accounts.

It’s also good to note that Weaver’s Klout is only 60 – far lower than the Klout score for any of the influencers on the list above.

The list of influencers we pulled together is just that: a list of influencers. Having and even buying fake followers on Twitter isn’t illegal; you could even argue that it’s inherent. No matter what you do to prevent people from gaming the system, someone always will.

Social media is redefining brand influence. Twitter is becoming as much about buying influence as traditional advertising always has been. Just as you can buy expensive TV ads during prime time or on the front page of newspapers to boost your brand image and gain views, you can buy followers on social media sites in an attempt to increase your Klout score and others’ perception of your influence. Your social credibility is your brand identity. The proliferation of fake followers among some of the most socially active and talked-about CEOs implies that social indicators count as business currency.

So is there any value in social authenticity? Definitely. But it’s certainly not as valuable as social influence.

Lisa Fugere is the Content Marketing Specialist at Radius Intelligence. For teams selling to the 26 million small businesses in the US, Radius makes sense of constantly changing, disparate Big Data to provide up-to-date, accurate and actionable business information to help you sell smarter and close faster.