An Obituary for the American Middle Class 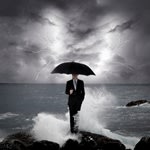 Here’s why it’s important to you.

The middle class helped the U.S. economy (following World War II and up until the credit crisis of 2008) by buying goods and services they needed or wanted. They bought cars, TV sets, furniture, appliances, clothing, computers, and flashy gadgets. In simple terms: they spent money.

The spending by the middle class resulted in American companies selling more, making more, and hiring more people to meet consumer demand. Businesses then took their profits and invested in new projects and built more factories. This is how cities like Detroit flourished.

But where does the middle class of the U.S. economy stand now?

Today, the middle class is not buying or spending like it once did—and this is not by choice.

The collapse of the housing market in the U.S. economy has taken a devastating toll on the middle class in this country.

While the media and politicians keep telling us the housing market has turned the corner and is healthy again, the delinquency rate on single-family residential mortgages at all commercial banks in the second quarter of this year stood at 9.41%—that’s 558% higher than the delinquency rate in the first quarter of 2005. (Source: Federal Reserve Bank of St. Louis web site, last accessed September 4, 2013.)

If there was such a survey, my bet is it would show middle managers in the U.S. economy are making considerably less today than they did before the financial crisis. And retail sales in the U.S. economy show this. The middle class is moving from mid-tier retail stores like Macy’s, Inc. (NYSE/M) to low-end retailers like the Dollar General Corporation (NYSE/DG).

When presenting his company’s second-quarter earnings, the chairman and CEO of Dollar General, Richard Dreiling, said, “Dollar General delivered another solid quarter. Our same-store sales growth for the second quarter of 2013 accelerated to 5.1%. We are very pleased with the increase in customer traffic in our stores. We continue to grow our market share and believe that our second quarter results position us well to deliver our financial outlook for the year.” (Source: “Dollar General Corporation Reports Record Second Quarter 2013 Financial Results,” Dollar General Corporation web site, September 4, 2013.)

Unlike Dollar General, the executives from Macy’s complained about slower sales in the U.S. economy. (Mind you, Macy’s isn’t the only middle-of-the-road retailer complaining about customer demand.)

This is all happening because the middle class in the U.S. economy is actually earning less, which is something the politicians are not talking about.

In the first quarter of 2000, the 12-month rate of change in real disposable income per capita was up 3.2%. In the first quarter of this year, the same statistic was in negative territory—and there was no change in the second quarter. (Source: Federal Reserve Bank of St. Louis web site, last accessed September 4, 2013.) The incomes of Americans are actually declining, contrary to what you’d see in periods of economic growth.

When you look at all this, it’s easier to see why cities like Detroit went bankrupt and others are following in its footsteps after registering budget deficits year after year.

Albert Eisenstein said it perfectly: “Insanity is when you do the same thing over and over again and expect different results.” We heard from politicians after the financial crisis that they are working to bring growth to the middle class of the U.S. economy. It hasn’t happened. Specifically, I’m talking about how this money printing by the Federal Reserve has failed to help the middle class in this country.

Back in the day, the middle class was the backbone of the U.S. economy because they felt secure; jobs were plentiful and they saw rising incomes.

As it stands today, the U.S. government and our central bank is working to bring “calm” to the deteriorating middle class by keeping interest rates artificially low and by printing trillions of dollars in new money to save them. But unfortunately, the newly created money is finding its way to the big banks that, instead of taking the money and lending it the middle class using softer lending practices, are investing in the stock market. And interest rates, despite the Fed’s actions, are rising quickly.

I wrote during the financial crisis that the devastation from the crisis was so severe that America would be forced to become more like Europe, where the middle class disappeared and there are only the rich and the poor now. That’s a forecast I made five years ago, which with each passing day, unfortunately, comes closer to fruition.

“Starting two years ago I was writing how the housing boom would go bust and cause the U.S. economy to suffer sharply. That’s exactly what is happening today. From what I see happening in the U.S. economy, I’m keeping with the prediction I made earlier this year: By late 2007/early 2008, the U.S. will be in a homemade recession. Hence, I expect housing prices to continue declining, soft auto sales, soft consumer spending, and a lower stock market.” Michael Lombardi in Profit Confidential, August 15, 2007. You would have been hard-pressed to find another analyst predicting a U.S. recession in the summer of 2007. At the time, the stock market was roaring, with the Dow Jones Industrial Average hitting what was then its all-time high of 14,164 in October of 2007.