The Body Language of Business Meetings, Co-workers and Lying Bosses

What are Your Non-Verbal Cues? 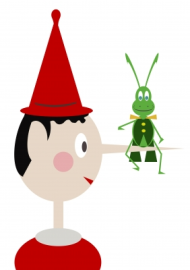 The Body Language of Business Meetings, Co workers and Lying BossesJust based on your current body language, I know what you’re thinking right now.  Well, maybe I don’t know what you’re thinking exactly (because I can’t see you) but if I had to guess it’s probably something about body language, or wondering how in the world body language ties into inbound marketing. (Honestly, I’m not sure if it does.)  But hopefully, if I just keep writing I’ll come across some sort of obscure connection.  (Fingers crossed.)

Until then, I’ll let you in on a little secret of mine, which is that I’m a huge fan of reading and studying body language.  Whether its reading the body language of my clients, co-workers, or my bosses, over time it has become second nature and helped me make the best of a lot of situations.  (*Disclaimer, this is not intended to be an instructional guide for creepy bosses trying to find out if one of your employees thinks you’re cute.)

Like anything that you want to be great at, reading body language takes patience, time and practice.  Once you get good at it though, it can translate across any interaction you have with people in general.  A big plus is that reading body language successfully at work can help you better determine if your boss 1. really hates your guts or 2. is just busy and stressed out.  It can also help to tell if a co-worker is not being honest, wants your opinion or just tired of hearing all your personal problems.  I’m pretty sure I’ve just now made all my co-workers paranoid of me. (Muahahaha)

Arms crossed –  This generally means someone has closed themselves off to whatever is being said. (Either that or they are just cold)  So, you find yourself leading the third long meeting of the day, and you notice the majority of the crowd has just crossed their arms, chances are they are closing themselves off to what you’re saying.  (Either that, or you need to unlock the thermostat lock-box and make it a little warmer in there.)  The arms-crossed listener is generally someone with a negative, apprehensive or sometimes hostile reaction to what the speaker is saying.

Ok, so it’s not as easy as checking to see if someones pants are on fire to determine if they are lying, but there are some other good signs.  And you can’t always assume that just because someone shows one of these signs that they are lying point blank.  Seeing how people react to different situations over a period time, along with their body language actions can help cue you in to whats going on in their brain.

Nose itch or touch – It may sound very strange when people aren’t being completely truthful, their nose starts itching.  When people lie, a chemical gets released in the body that causes blood pressure to increase and tissue in the nose to swell.  The chemicals are called catecholamines resulting in the need or feeling for someone to itch or simply touch their nose. Not every person that simply has an itchy nose is a liar so lets hold back the witch hunt , but it’s a pretty interesting indicator.

Hands or fingers over the mouth – Often times, the subconscious action of covering ones mouth usually happens when a person doesn’t want to say something, feels the urge to hold something back or wants to keep the truth inside.  It happens naturally without even thinking about it.  Picture yourself being asked a tough question that you don’t really want to answer like, “Does this outfit look good on me or does it make me look fat?”  Whether you answer honestly or not, I’m sure you can picture your finger covering your lips as you decide whether or not to be completely honest.  Its just something that happens automatically and your body reacting to try to keep your brain from saying the wrong thing.

Grabbing the Ear – You are out to lunch with a co-worker, talking about upcoming plans for the weekend when you bring up bad news about a project they need to get finished.  The more you talk about it, the more you notice them touching their ear.  This is a sign that this person has heard enough, or no longer wants to talk about it.  Their brain is subconsciously telling their body to block the unwanted sound.  Since people are not so bold to stick their fingers in their ears they aren’t even aware they are doing this.  So it usually results in slight ear grabbing when they are not wanting to hear what you are saying, or sometimes it can mean they are wanting a turn to speak themselves.

Closing or Rubbing Eyes – Has anyone ever told you a story that seemed almost unbelievable and they kept rubbing their eyes or you noticed their eyes were closed an unusual amount of time.  This can be seen (no pun intended) as the body’s subconscious way of not looking at a lie.  Your body is already fighting the strange chemicals making your nose itch and blood pressure rise, and now its attempting to keep you from seeing your own lie.  So, a liars hands feel the need to try to block the lie from sight or eyelids can remained closed for longer periods.

Try noticing some of these workplace body language indicators at your next group meeting, meeting with your boss or at lunch with one of your co-workers.  Many of these indicators get combined to give you a more accurate idea of what people are really thinking.  So, if your boss tells you you’re doing a great job and that your job is Definitely safe, but he or she has crossed arms, an itchy nose, closed eyes, all while looking down at you, you may need to use your awesome inbound marketing skills to start searching for your next job. (I knew I could tie it all together)  Well, it was good to see you, have a great rest of your week.